The Spy Who Drove Her: Dianne Feinstein and Chinese Espionage

Beijing’s nefarious activities in the United States are very worrying.

San Francisco is a hotbed of espionage and international intrigue. And why wouldn’t it be? Strategically located near major West Coast ports, home to many large immigrant communities, and, perhaps most crucially, just up the road from America’s most technologically sophisticated corporations, it makes perfect sense that America’s geopolitical rivals would want to gain a foothold in the City by the Bay.

And gain it they have, evidently. Last year, when the president took the decidedly non-collusionish action of shuttering Russia’s San Francisco consulate—its oldest in the country—black smoke billowed from the historic Pacific Heights building that had long housed the Kremlin outpost. Clearly, the Russians were burning evidence of misdeeds.

And we now know that China, a much more worrisome long-term threat to the United States than a declining Russia, has been active in the Bay Area as well.

Five years ago, Senator Dianne Feinstein, the California Democrat who then chaired the Intelligence Committee, was approached by the FBI. The bureau had learned that a staffer in her San Francisco office was a Chinese operative “run” out of Beijing’s consulate in that city. It appears that he had started as a legitimate employee but was at some point, likely on a visit to the East, turned by a member of the Chinese Ministry of State Security.

The staffer had served the senator for some two decades as a general office lackey, a liaison to the local Chinese community, and, most important, the senator’s chauffeur whenever she was in San Francisco, her hometown. Driving Ms. Feinstein would have been a plum assignment for an intelligence operative; it allowed the Chinese access to the senator’s comings and goings and who she met with, as well as to any conversations she might have had in the car and any documents she may have left in it.

According to a column in the San Francisco Chronicle, the FBI did not believe the driver had managed to nab anything confidential. And after being approached by the bureau, the senator promptly fired him. It also appears that, ultimately, no charges were filed against the driver. Feinstein’s press secretary ignored requests for comment on this story; her office has issued standard boilerplate to media outlets saying that the senator was “mortified” by the revelation that she had a spy on her payroll.

Despite her efforts to brush matters aside, the Feinstein spy scandal is significant. It’s hard to make out through the media and political class’s myopic obsession with all things Russia, but Chinese espionage in America is epidemic. In June 2015, Chinese hackers stole the sensitive personal data (Social Security numbers, addresses, etc.) of more than 20 million Americans when they breached the Office of Personnel Management’s servers. That provided Beijing a trove of information, not to mention copious blackmail opportunities. Military secrets have been targeted repeatedly, and college campuses are also host to scores of Chinese assets and operatives. Meanwhile, Beijing’s plan to dominate the pharmaceutical, aerospace, artificial intelligence, robotics, self-driving car, clean energy, and sundry other industries of the future—“Made in China 2025,” it’s called—is largely based on espionage, notably the purloining of American technology. And those are just the operations we know about. 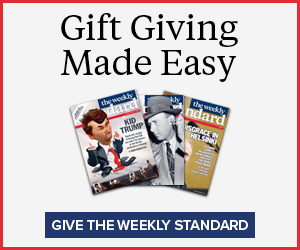 In other words, Dianne Feinstein’s driver might not amount to a hill of beans compared to the OPM hack. But it’s another star in a vast constellation of Chinese espionage against the United States; not to mention a clever way to get close to the chair of an important Senate committee, one privy to sensitive information. So it’s puzzling that the Washington Post has mentioned the Feinstein matter only once, and this in an opinion column rather than the news pages. The nation’s paper of record, the New York Times, hasn’t seen fit to publish even a squib on the matter. I asked the Times’s deputy Washington editor, Jonathan Weisman, why his paper hasn’t deigned to mention the story. Uncharacteristically for the garrulous Twitter-er, who this week has found time to weigh in on Crazy Rich Asians, the U.S. Postal Service, and the crowd capacity of Texas A&M’s football stadium, Weisman declined to answer. Even the Los Angeles Times, catering to a readership that Feinstein represents, has ignored it.

What makes Beijing’s nefarious activities in the United States all the more worrying is that China, unlike Russia, is not just an intelligence and military rival to the United States, but presents a genuine ideological threat as well. Nobody wants to import the “Russia model”—that of a declining petro-state with a plummeting population, shrinking lifespans, low growth, and serious fiscal problems. Vladimir Putin can, and does, make mischief outside his borders, but his method of governance is not something that anyone wants to emulate.

China, on the other hand, has delivered 40 consecutive years of economic growth, lifting hundreds of millions of people out of poverty, and done it with only limited economic freedom—they call it state-directed capitalism—and essentially zero political liberalization. It’s little wonder that nations as varied as Turkey, Poland, Vietnam, the Philippines, and Ethiopia are no longer just importing Chinese products—they’re looking to import its system of political and economic management as well.

China wants to pilfer a lot from us: our technological prowess, our military sophistication, our tradition of academic excellence. But not, unfortunately, our democratic system of government.