Facebook is declining to say why it appears to be picking and choosing political leaders to censor at the request of the US government after it deleted the social media accounts of Chechen leader Ramzan Kadyrov.

The Silicon Valley technology company deleted Kadyrov’s Instagram and Facebook profiles after the United States imposed travel and economic sanctions on him over allegations of human rights abuses. Facebook told the New York Times that it had a “legal obligation” to disable his accounts once they confirmed they were run by someone on a US sanctions list. 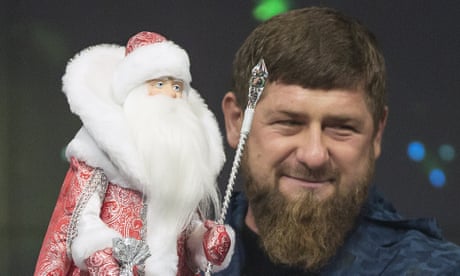 Russia calls for answers after Chechen leader's Instagram is blocked

That legal obligation did not appear to extend to other key individuals on US sanctions lists, including the Venezuelan president, Nicolás Maduro, Syria’s Bashar al-Assad, and Guatemalan congressman Julio Antonio Juárez.

Facebook declined to explain why it had deleted some accounts but not others under US sanctions law. A company spokeswoman told the Guardian: “We operate under the constraints of US laws, which vary by circumstance.”

“We will continue to work with appropriate government authorities to ensure we meet our legal obligations and to explore options for complying with the law in a way that maximises free expression on our platform and keeps people safe.”

The case has raised concern among civil liberties groups, who worry that economic sanctions imposed by the US, in service of Washington’s foreign policy, are being used to censor political speech.

US economic sanctions are enforced by the Office of Foreign Assets Control (OFAC) and are typically applied to individuals who pose a threat to America’s national security, whether that’s for alleged human rights abuses, involvement in drug trafficking, illegal arms dealing or terrorism.

American companies and individuals are prohibited from providing goods, technology or services to people on these sanction lists and people who intentionally violate the law face fines and imprisonment.

It seems as though Facebook is picking and choosing compliance, which suggests there is government involvement

“The law is clearly targeted at economic activity and is being applied to an entirely different category to suppress speech,” said Jennifer Granick, an attorney with the American Civil Liberties Union.

The fact Facebook has left accounts of other sanctioned individuals untouched suggests the social network may be subject to US government pressure behind the scenes. The company, which has a real name policy on its platform, could easily use screening software to ensure that it doesn’t do business with people or companies on OFAC’s sanctions lists.

“It’s compliance 101,” said one lawyer who specialises in economic sanctions. “Whenever we bring a new client in we screen them against the [sanctions] list. If DC lawyers are capable of doing this, then one of the leading global technology companies would certainly be capable of doing this.”

“It really does seem as though Facebook is picking and choosing compliance, which suggests there is government involvement,” added Jillian York, director for international freedom of expression at the Electronic Frontier Foundation.

Kadyrov is an ally of Vladimir Putin and was added to the sanctions list with four other Russians in December. He has been accused of extrajudicial killings and other human rights abuses. Once the list was published, he posted a sarcastic video to Instagram mocking the United States government.

However, Facebook’s inability to clearly explain why his account was deleted is a reminder of the power the platform wields in its moderation decisions, which can have a chilling effect on free speech.

Following meetings with the Israeli government last September, Facebook has suspended the accounts of many Palestinian activists and journalists after Israeli officials reported them for “incitement”. Accounts that use similarly violent language against Palestinians remain largely untouched, according to the Intercept. 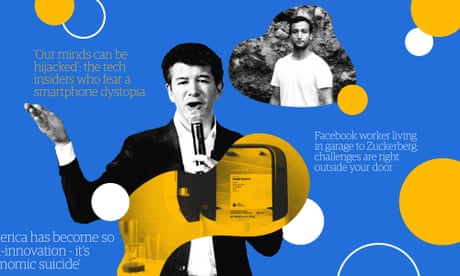 The top US tech stories of 2017: the utopian dream comes to an end

In Myanmar, Facebook has been accused of censoring documentation of human rights abuses against the country’s Rohingya Muslim minority, a population that has been persecuted by the military to the point where the UN warned that genocide may be taking place.

In Lebanon, Hezbollah members have won seats in parliament. However, because Facebook uses the US state department’s categorisation of terrorist organisation it blocks these politicians from having a presence on its platforms.

Sarah T Roberts, assistant professor of information studies at UCLA, who studies commercial content moderation, said: “Once again we’re contending with a lack of transparency and uneven application of the rules.”