No more dissident voices: Succumb to Facebook & Twitter’s demands or get banned (or both) 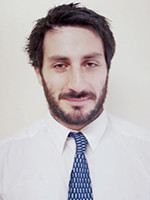 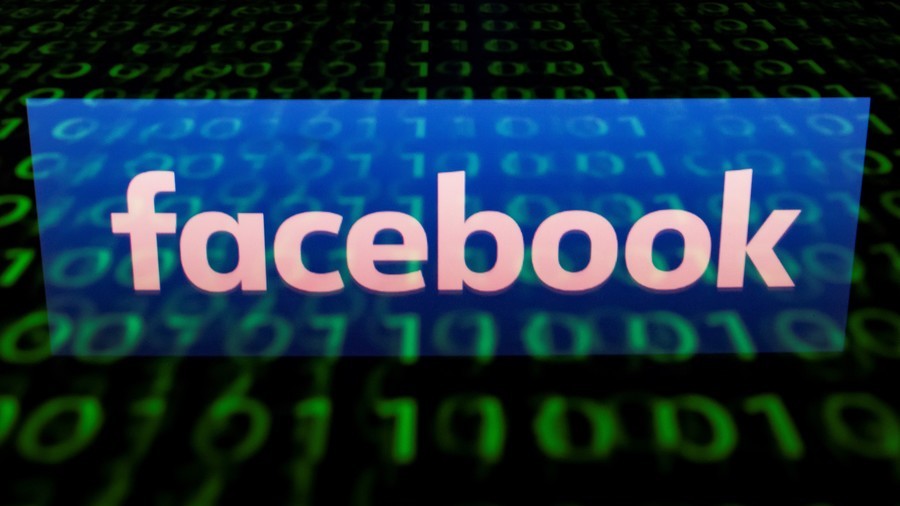 © AFP / Lionel Bonaventure © AFP
A recent purge by Facebook and Twitter of a host of independent media sites has pushed thousands of people out of work and has killed one of the most effective forms of expressing political dissent.

On Thursday last week, Facebook purged more than 800 pages and accounts, accusing them of engaging in “inauthentic behaviour” and violating Facebook’s anti-spam policies.

“using fake accounts or multiple accounts with the same names and posted massive amounts of content across a network of Groups and Pages to drive traffic to their websites. Many used the same techniques to make their content appear more popular on Facebook than it really was. Others were ad farms using Facebook to mislead people into thinking that they were forums for legitimate political debate.”

READ MORE:‘Land of censorship & home of the fake’: Alternative voices on Facebook and Twitter’s crackdown

One of these pages was The Anti-Media, which I have worked for since mid-2016. Until the purge, we had some 2.17 million followers on Facebook. Supposedly, Facebook wants you to believe that 2.17 million people voluntarily signed up to our page just to receive all the spam content that we put out there (sounds realistic).

Twitter did one better than Facebook, though, as it went one step further and suspended the accounts of our editors and many influential people who work on our team. Carey Wedler, Anti-Media’s editor-in-chief’s Twitter account was suspended and yet Twitter could not even provide her with a valid reason for doing so.

I am not joking. In her notice of suspension, Twitter informed Wedler that her account, “CareyWedler has been suspended for violating the Twitter Rules. Specifically, for:” and the “specifically, for” part of Twitter’s notice was left blank.

They literally could not even think of a reason; and yet they are for some reason not required to provide one.

Twitter also removed our talentedly efficient social media manager, PM Beers, who had amassed a following of over 30,000 followers on one of her accounts. She previously had access to over 30 accounts, yet Twitter was somehow able to coordinate the suspension of all of them at the same time except for one. Our Chief Creative Officer was also banned, even from accounts that he had not even used yet.

If you believe that any of this has been done with genuine intentions to protect American democracy, then you probably deserve what’s coming next. This is not just some social media strategy to remove spam and attack so-called Russian bots from interfering with “American democracy.” This was a coordinated effort to remove all of our accounts, launched in tandem between two social media giants, because we say things the government doesn’t want you to hear.

The first thing you need to know about this purge is that we can be relatively sure who is behind it. Facebook openly announced it was working with the NATO-funded Atlantic Council to prevent Facebook’s service “from being abused during elections” (what’s that I hear about the midterms coming up?) The Atlantic Council directors list is no less than a who’s who of well-established war criminals, including Henry Kissinger.

But it gets even better than that. Most of the 800 pages removed by Facebook last Thursday werehonourable mentions in a blacklist published by the Washington Post in November 2016, including and especially The Anti-Media. The Post relied upon the findings of a shadowy and questionable outfit known as PropOrNot, which compiled a list of media organizations it claimed were part of a “sophisticated Russian propaganda campaign.”

Adding further insult to injury, PropOrNot released their greatest Tweet yet shortly after the purge, claiming that “Russian propaganda is VERY VERY MAD about their various front outlets & fellow travellers getting suspended by @Facebook &/or @Twitter” in response to a Sputnik article that gave our outlets the respect and understanding we deserve.

Now, I am not going to lie and tell you I know who is behind PropOrNot. But what I can say for certain is that November 2016 – the time in which their report came to light – was an interesting time in more ways than one.

In November 2016, then-President Barack Obama personally pulled Facebook founder Mark Zuckerberg into a private room on the sidelines of a meeting of world leaders in Peru to make a personal appeal to Zuckerberg to take the threat of “fake news” more seriously. Before this, Mr. Zuckerberg didn’t take the threat of “fake news” seriously at all. In fact, if I remember correctly, Zuckerberg said approximately one week prior to his rendezvous with Obama that the idea of fake news circulating on Facebook being responsible for influencing the US election in 2016 was “pretty crazy.”

You see, it is not “fake news” that is the problem; it’s real news that has the establishment lying awake in their beds at night. Go ahead, see for yourself. I have approximately 460 articles on our website to my name. Pick one at random then tell me what you see. All sources are hyperlinked – Reuters, Haaretz, BBC, the Guardian, CNN, the Independent, the Asia Times, the Washington Post, the New York Times – and the list goes on. The problem, of course, is that we go a little bit deeper than the mainstream media typically does in order to ascertain the overall truth.

Now, I am just a writer for these websites. I am a lawyer by profession, so I do not rely on this work to provide me with the basic amenities of life – nor does my involvement in these sites go beyond that of mere writing, nothing more. But there are many of my friends and colleagues who have invested their very being into these sites. They created these businesses from scratch and have maintained them over a significant period of time to great effect. Every single follower on Facebook or Twitter represents hours worked, money spent, and energy expended. When you go to Facebook’s home page, the first thing it says under the “sign up” option is that you can “create a page for a celebrity, band or business.”

Well, that is exactly what my colleagues had done. They created a business and they generated a large following over a long period of time due to demand for that particular business, only to be shut down by Facebook for no apparent reason (though I think we have established the real reason now).

Trust me, this will not end well. The woman who opened fire at YouTube’s headquarters earlier this year before killing herself was allegedly furious because YouTube had completely demonetized her videos. Putting aside the horrific justification for this act, it cannot go unnoticed that very slowly but surely, everyeffective anti-imperialist voice is being de-platformed on Youtube, Facebook, Twitter over the last few years. 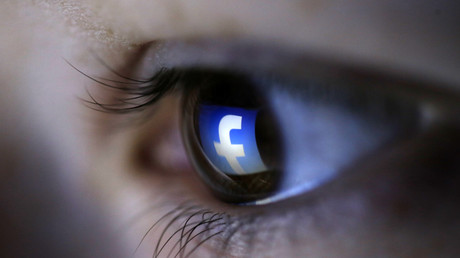 ‘Orwellian’ move: Facebook teams up with US government to police ‘fake news’ in foreign elections

It should be clear where this is headed. I am even aware of some creators who were fortunate enough to survive the initial purge who no longer feel safe posting the same types of content that they would normally post.

In case it wasn’t clear, this is the end result of the purge. The panopticon is a central tower that allows all inmates of the institution of social media to be observed by a single watchman without the inmates being able to tell whether or not we are being watched at all. It is physically impossible for the watchman, Mr. Zuckerberg, to watch all of us at a single time, but the fact that we cannot know when we are being watched means we all have to modify our behavior to act as though we are being watched all the time anyway. Either you succumb to Facebook and Twitter’s demands, or you get banned, or both. Either way, dissident content will no longer exist on these platforms, which collectively can reach billions of people.

And no one will even blink. Glenn Greenwald might put out a tweet or two about it; and from what I have heard, Rolling Stone’s Matt Taibbi is doing interviews right now to put together an article about the issue, but that’s about it. There is nothing much that can be done unless enough people take a principled stand against such a severe level of censorship.

Facebook is dying a slow, painful death, but it is hellbent on taking the rest of us down with it. In the meantime, it wants to leave behind a medium in which people can only share pictures of their cats and their paleo diets, with no one capable of any legitimate, critical thought. It all reminds me of a quote attributed to public intellectual Noam Chomsky, who once wrote:

“The smart way to keep people passive and obedient is to strictly limit the spectrum of acceptable opinion, but allow very lively debate within that spectrum.”

As for the rest of us aspiring journalists who have made Facebook and Twitter a means in which we can, en masse, point out corruption of power, war, police and everything else that goes with it, well, I believe we are just days away from being reported missing at a Saudi embassy.