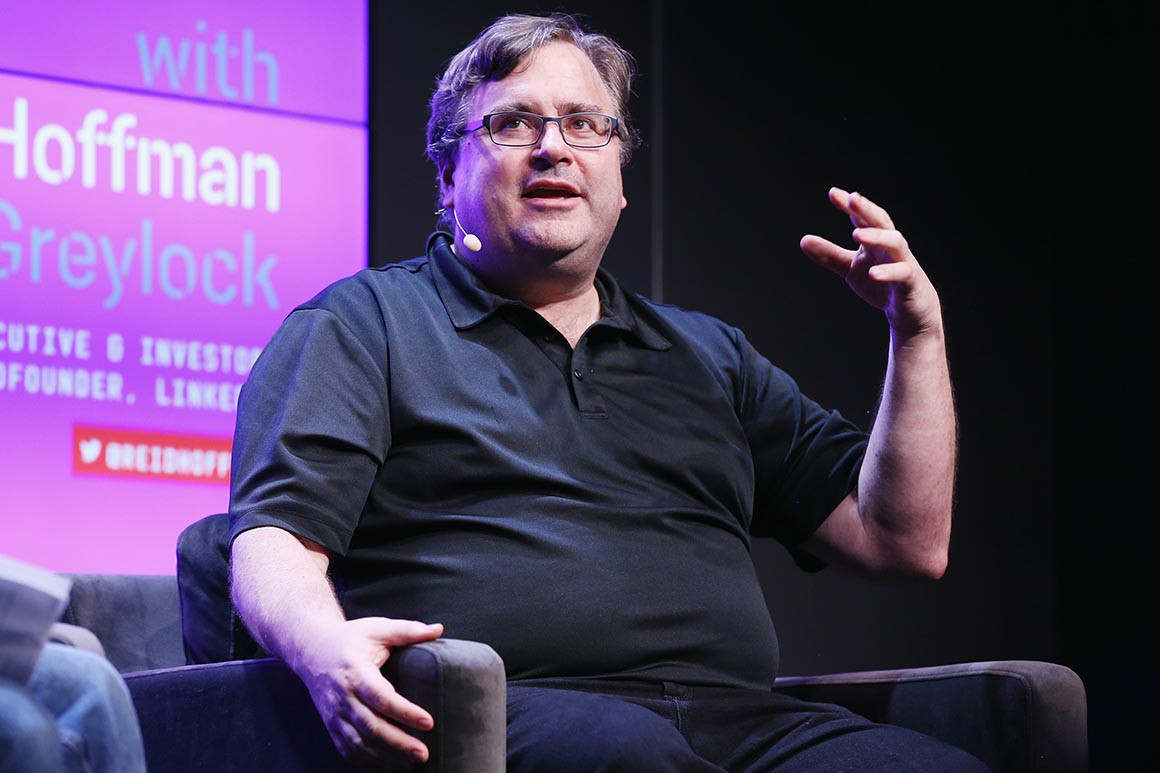 Silicon Valley billionaire Reid Hoffman has teamed up with several former Obama administration officials to create an independent — and likely for-profit — database that would store all of the progressive community’s voter data, according to three sources familiar with the initiative.

The project's backers intend to spend $35 million in the first year alone, with Hoffman, a co-founder of LinkedIn, as the primary investor.

“As we build this effort, we will be reaching out to all the key players soon to get this done,“ a person familiar with the on-going discussions told POLITICO, stressing that the project is still in its early stages. “Across the board, everyone involved agrees that the Republicans have a tremendous advantage when it comes to data infrastructure going into 2020, and that there needs to be a real shift in our thinking and action in order to set candidates up to be successful for people around the country.”

The race for 2020 starts now. Stay in the know. Follow our presidential election coverage.

By signing up you agree to receive email newsletters or alerts from POLITICO. You can unsubscribe at any time.

Hoffman’s venture complicates plans for a separate data trust project being pushed by the Democratic National Committee, plans for which POLITICO first revealed last week. That effort is facing resistance from the Democratic state parties, which have prime ownership rights to the party’s voter file and are hesitant about licensing it to an outside entity.

The DNC’s top leaders have been telling people that Hoffman’s project represents an “existential threat" to the party, according to two sources with knowledge of the discussions.

With tens of millions of dollars at their disposal, the people behind Hoffman-backed project could eventually create their own voter file, making the Democratic Party’s file less valuable. That process, however, would likely take several years and would be nearly impossible to complete by the 2020 election.

As a result, DNC officials say the committee is open to collaborating with Hoffman, or perhaps joining forces with him.

"The DNC believes the creation of a data trust is imperative to winning in 2020 and beyond, and we are open to participating alongside a variety of partners in a data trust that protects the interests of our party and ensures state parties have what they need to win," Mary Beth Cahill, a senior advisor to the DNC, said in a statement.

The data trust structure allows for raising money from the private sector free from campaign finance limits. It would also facilitate pooling together data from outside groups and campaigns in real time, which is normally not allowed. The Republican Party currently has that structure and many top Democrats believe it offers a huge advantage.

State parties agree that some entity allowing for data integration should be created and are working on several counter-proposals to present in the coming weeks. They are wary of giving up some control of their voter file to an outside entity. There is also fear that Hoffman and the “move fast and break things” ethos of Silicon Valley would ultimately bring about the end of the state parties as currently constituted.

“Both of [the data trust projects] will eliminate state parties, not immediately but eventually,” said one state party official. State parties will still be subject to campaign finance limits while outside groups without those limits would have access to their voter file data, putting them at a disadvantage that could grow with time, the thinking goes.

Some state parties are also skeptical of the new project’s leadership, which has plenty of government and technology experience but little campaign know-how. Todd Park, the former U.S. chief technology officer to Barack Obama, would serve as chair, and veterans of the U.S. Digital Service, Haley Van Dyck and Mickey Dickerson, as CEO and CTO, respectively.

The next decision point will likely come on December 18 at a previously scheduled meeting with top DNC officials, state parties, and other interested parties.