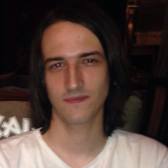 Another scandal is exploding in Silicon Valley. An undercover video that went viral shows senior network security engineer at Twitter, Clay Haynes, sharing insider information about how this social network operates. More precisely, Mr. Haynes shared information about how efficient and far-reaching Twitter’s mechanisms are when it comes to tracking the platform’s users.

“What we can do on our side is actually very terrifying. We have full access to every single person’s account, every single direct message, deleted direct messages, deleted tweets. I can tell you who exactly logged in from where, what username and password, when they changed their password.”

When asked about why Twitter keeps user data, Clay Haynes responded, “If we ever get subpoenaed. Mostly for law enforcement and also it helps us detect a pattern of history. It’s very, very dangerous. Also, very, very, very creepy. Big Brother-ish.”

James O’Keefe, journalist and president of Project Veritas, a non-profit organization whose goal, according to their official website, is “investigating and exposing corruption, dishonesty, self-dealing, waste, fraud, and other misconduct,” shared the video on Twitter. The snippet has already been shared thousands of times, and the full video is available on the organization’s official website.

Clay Haynes on the power Twitter employees have: "It's terrifying in my opinion…" "It's very, very dangerous… also it's very creepy Big Brother-ish"

What is perhaps even more concerning is the fact that this can be seen as a Twitter employee’s admission that the company tracks user behavior based on IP address. This means they could, theoretically, use this knowledge to monitor user behavior off the platform.

Twitter responded to the controversy after the video went viral. The company’s spokesperson told the International Business Times, “The individual depicted in this video was speaking in a personal capacity and does not represent or speak for Twitter,” adding that the social media giant is “committed to enforcing our rules without bias and empowering every voice on our platform.”

According to his official Linkedin profile, Clay Haynes graduated from the University of Findlay with a Bachelor of Science degree and then went on to work as a system administrator, system engineer and senior network engineer for various companies, before landing a job at Twitter in September 2016.

What’s going on in the Silicon Valley?

On December 30, 2017, the Intercept investigative journalist and Pulitzer Prize winner Glenn Greenwald published an extensive report titled “Facebook Says It Is Deleting Accounts at the Direction of the U.S. and Israeli Governments.” Greenwald wrote about the meeting held between the Israeli government and Facebook representatives, asserting that Facebook has been “on a censorship rampage against Palestinian activists.” Furthermore, Greenwald claims Facebook is “explicitly admitting that it also intends to follow the censorship orders of the U.S. government.”

A few days ago, the author of “Google’s Ideological Echo Chamber,” also known as “The Google Memo,” James Damore, announced that he is suing the multinational technology company for discrimination. In a lawsuit filed in federal court in California, James Damore and another ex-engineer at Google, claim that the company treated employees seen as having, what Google perceives to be conservative views, differently than other employees. This, their legal team claims, violates California labor law.

On December 18, 2017, Twitter announced a new policy update to combat what they claim to be “abusive and hateful contact.” This too sparked a lot of online debate at the time, with hashtags such as #dec18 and #december18 trending on the platform for weeks.