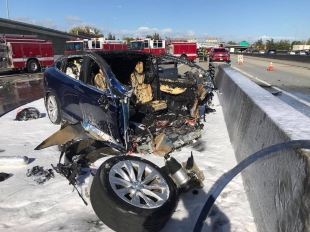 The driver of a Tesla Model X had turned on the vehicle's Autopilot function moments before the crash. Image courtesy of the Mountain View Fire Department.