It’s amazing how few few people are behind fractivism, funding it and pulling the strings. They’re trust-funders and patricians of the aristocratic class.

There are no special interests like those of patricians — the gentry ruling class. They fund virtually all of fractivism, not to mention other radical chic causes. They’re sort of people who mingle only among themselves, have little or no knowledge of middle class habits or values and even less desire to know. They know next to nothing about how things are made or produced in the real world or what managing the cash flow of a business or household is all about. Their world is a thoroughly insular one, despite their supposed worldliness and jet-setting lifestyles. They imagine themselves as nobles obliged to manage the masses about whom they understand nothing and want nothing to do with other than to be separate and apart.

These are the pompous patrician faces of fractivism and there are surprisingly few of them, despite their out-sized influence.

The picture I’ve painted is hardly one most of us don’t grasp at some level. History is comprised of many rebellions against patricians, which is why so many of them feign a social conscience today, but the interesting thing is how few of them saw it coming at the time. King George was thought of as a progressive young monarch until we Americans rose up in defiance and rejection of his patronizing attitude toward his most important colony. Louis XVI, too, was thought to be ahead of the game—a dictionary example of noblesse oblige in some quarters—until he lost his head to the Reign of Terror.

What made America different was not that it didn’t possess patricians, but that ours was a society where they routinely interacted with other classes. We now seem to be losing that, drifting into two complete different worlds with not only different cultures and values, but one where patricians only interact with themselves and have lost all touch with the middle class that builds things, makes things and is the foundation of civil society as we have known it heretofore. Charles Murray has written about certain aspects of it and a recent article at The American Interest delved into others, concluding that talking to each other was the only real solution.

The sad part, from the standpoint of rural folks like myself who want to see natural gas development in dying areas such as Upstate New York, is simply this; we tried that and were met with contempt and dismissal.

Talk to Dan Fitzsimmons about what happened when he took a delegation of upstaters to meet with the Park Foundation, the second and third-generation patricians who inherited their wealth, imagine themselves as moral superiors, live in gas-heated homes and spend tens of millions fighting natural gas development in Upstate New York and elsewhere. Dan thought talking might help, so he and other representatives of the Joint Landowners Coalition of New York journeyed to Ithaca where Park family members reside (and the Park Foundation now has brand new gas heated offices in a building constructed subsequent to the meeting) to converse.

It wasn’t a good meeting. After relaying to the Park Foundation how important natural gas development was to Upstate New York farmers, landowners and communities of ordinary New Yorkers and asking the Foundation to temper its anti-gas position, the delegation of commoners was treated to pure condescension. They were informed the impacts they had described on the livelihoods of their loved ones, neighbors and communities were simply unfortunate “collateral damage” necessitated by the the Park patrician ideology; their need to leading lights of environmentalism among their gentry class peers.

Perhaps, if Dan and company had studied up on Adelaide Park Gomer a bit more they wouldn’t have wasted their time, but the instinct to talk it out was an honest one worthy of much applause. What was unfortunate was total lack of empathy on the part of the Park Foundation for their Upstate New York neighbors, their inability to grasp their own stunning hypocrisy and their misplaced values. They are, in a word, snobs, and their pomposity is evident in their faces.

They’re not the only ones, though. There are a handful of others and together they are the faces behind fractivism; the very few who fund almost all of it. Here are some the biggest gentry class funders of fractivism:

Then, there is Larry Rockefeller, great-grandson of John D. and his sister Lucy Rockefeller Waletzky. The Rockefeller family, of course, has billions to throw at fractivist causes through the Rockefeller Foundation, the Rockefeller Family Fund, the Rockefeller Brothers Fund, Rockefeller Philanthropy Advisers and the Sustainable Markets Foundation. Their crusade is to make a wilderness of places they wish to have for second homes and they are the primary source of funding for 350.org and everything Bill McKibben does, not to mention the #ExxonKnew campaign and the La Jolla Junta. They are also the force behind the Open Space Institute (whence Joe Martens came and went), the NRDC and the Catskill Mountainkeeper, with interlocking board members. The family tree is a wreath, so to speak.

Larry Rockefeller and wife Wendy at the 25th Anniversary Gala of the Rainforest Alliance with Martha Stewart. This was seven years after Martha completed her prison term and there’s no better way to restore one’s reputation among elite company, of course, than to jump on to the environmental bandwagon.

There is also Maria Teresa Thierstein Simões-Ferreira Heinz Kerry, of course, so elite that her full name has seven parts, two more than the number of multi-mullion dollar homes she lives in from time to time. Born to wealth and married to more, she is the original queen of the Tides Foundation and the Heinz Endowments. The Tides Foundation is a money-laundering foundation through which others can send money to fractivist and other causes without being publicly connected.

The Heinz Endowments funds everything from radical activists at the Clean Air Council to junk science at the Southwest Pennsylvania Environmental Health Project. It appears to be behind many fractivist lawsuits and frequently allies with the William Penn Foundation in funding all things fractivist such as StateImpactPA. It’s also behind Virginia Organizing.

Teresa Heinz Kerry, the super-wealthy heiress who has used the Heinz Endowments to attack every aspect of the oil and gas industry in Pennsylvania — where it all started. She has lived an elegant lifestyle in a collection of homes worth over $30 million and scattered across the U.S. while bemoaning global greenhouse gas emissions that natural gas has done more to reduce than anything else.

Eric and Wendy Schmidt, the Google additions to the super-wealthy class of aristocrats are no slouches in funding fractivism either. They are big champions of the NRDC and also hogs at the trough of Federal subsidies used to fund the Ivanpah boondoggle. They finance numerous fractivist causes, from the Williamsport area Responsible Drilling Alliance to the 11th Hour Project. They also throw a lot of money at Jay Halfon, the Fractivist Rasputin who coordinates activities between the Park Foundation, the Rockefeller, trial lawyers, PIRG groups, 350.org and Earthworks, to mention a few. 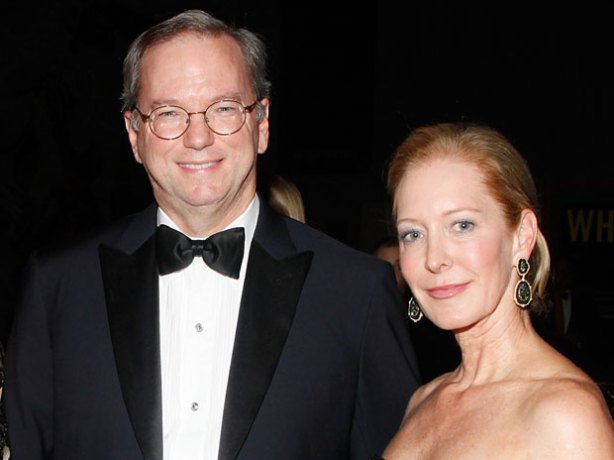 And, let’s not forget the Haas family of the William Penn Foundation; funders of the DRBC, the Delaware Riverekeeper, PennFuture, the Clean Air Council, StateImpactPA, NJ Spotlight, the Sierra Club, Carol Collier (former DRBC Executive Director through her current job at the Academy of Natural Sciences), the NRDC gang and the Philadelphia Inquirer. Here’s a photo of family heir Leonard Haas, an artist residing in a multi-million dollar apartment in Rittenhouse Square, Philadelphia. Leonard is Vice-Chair of the Foundation Board off Directors and one of only six members of the corporation.

Let’s not forget Nat Simons, either. He and his wife fund the Sea Change Foundation and, through it, the Energy Foundation which attacks natural gas and promotes solar energy in which he and his father are major investors; using, among other sources, dark money from funneled through mysterious off-shore accounts connected to Russians. He’s big NRDC fan, too.

Nat Simons — profiled in 2014 as one of the world’s top eco-innovators, he’s actually been spending his money and maybe some Russian money in attacking oil and gas and promoting his (and his father’s) special interest solar investments.

Finally, there’s Susan Wallace, wife of R. Bruce Wallace, the artist grandson of former Vice-President Henry Wallace. She runs the Woodtiger Fund, which broke off from the other Wallace fractivist funding foundations, to fund the Delaware Riverkeeper big-time and, apparently, pay for some of those lawsuits Jordan Yeager, the radical attorney, promulgates in its name. She’s literally “bat-crazy” and has plenty of money with which to signal her virtues. Maya van Rossum clearly has her wrapped around d her finger.

These are the pompous patrician faces of fractivism; the people who maker it happen. They provide the money. They manipulate the ideologues to serve their and are willingly manipulated by the ideologues in return to suit the demands of their special interests in investments, land, power and building reputations as virtuous among the other members of the gentry class with whom only they associate. It is impossible to reach them, as they don’t want to be reached. There is only one course and that is to beat them in the arena of public policy. Landowners and those who care about the welfare of rural areas and the middles class that resides there must fight with our voices and our votes.